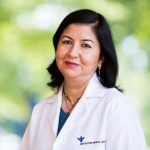 Dr. Ranjan is originally from India and completed medical school from King George Medical College, Lucknow India and then came to U.S.A after marriage and did her residency in Internal Medicine from the Greater Baltimore Medical College, Maryland. During her residency she did her rotation in Geriatrics and Hospice that completely changed her thinking and perspective on life and death. Dr. Ranjan further explored her interest and quest in the field of end of life care by pursuing a fellowship in Geriatrics, Palliative Medicine & Hospice from Virginia Commonwealth University in Richmond VA. She started her career as a Assistant Professor with the Department of Geriatrics at VCU/McGuire VAMC and then came to work for Bon Secours Palliative Medicine & Hospice for about 8 years. Took a little break to expand the knowledge of palliation in the community with managed care population and seniors in underserved areas through working with Jencare Neighborhood Medical Center for 3 years and then returned now to continue work with her ultimate love and passion for Hospice.  Dr. Ranjan is currently serving as Medical Director for Bon Secours Hospice and Community Hospice House. She feels honored and privileged to be able to serve the community at such a special time of need where they need ultimate support, empathy and guidance to help the dying live. Dr. Ranjan lives in Chesterfield County with her family that includes her mother, husband,  two lovely daughters, and her pet dog Teddy Bear. 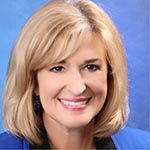 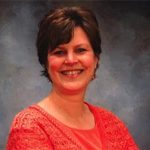 Gwen Reed-Blankenship, LCSW, ACHP-SW is the Bereavement Manager with Bon Secours Bereavement Center, and has counseled families there since 1996. Gwen received her Bachelors of Social Work at Eastern Mennonite University in 1985, and earned her Advanced Standing Masters in Social Work at V.C.U. in 1993.  After college she worked with Hospice of Lancaster County in Pennsylvania, when insurance reimbursement for Hospice care was in it’s infancy.  Gwen finds strength in helping others transform the sorrow of loss into new strengths as a living legacy, and in helping others to find the courage to renew themselves and live on, with joy.   She lives in Bon Air with her husband, two cats and a garden that is her other passion. 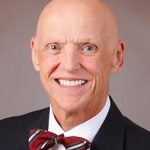 David has been with Bon Secours Hospice for over 9 years. During his time with Bon Secours, he has supported our hospice patients and families who have been located in their homes, in one of the Bon Secours Hospitals, and most recently at the Community Hospice House.  David has been supporting patients and families at the Community Hospice House since it opened. David is a Board Certified Chaplain who also has taught numerous courses at the Virginia Commonwealth University, Department of Religious Studies. 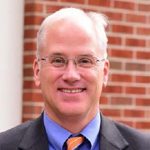 Keith has led health care program development, marketing and sales for more than 20 years in local and national markets. A graduate of the University of Virginia, he currently is a medical fundraiser for Bon Secours St. Mary’s Hospital, homecare and hospice. Keith likes helping to solve health care’s complex challenges and making a real difference in people’s lives. Today, the health care industry is a landscape of change. He learned firsthand how to be successful amidst constant change and uncertainty through his second full-time job — caregiving for his mom with Alzheimer’s dementia. “Missing Mary” is his first book.

Ellen has been working in hospice for 14 years.  She was the fundraising and community relations officer for Hospice Support Care/Hospice House in Williamsburg Virginia for two years, worked as Volunteer Coordinator in Hampton Roads for three years and has been at Bon Secours Hospice as the Volunteer Manager since 2008.  Bon Secours has a very successful volunteer program with over 130 volunteers.  During her time at Bon Secours Ellen has started a Vigil Volunteer Program, Pet Therapy, Caregiver phone call program and the We Honor Veterans Program 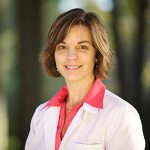 Dr. Yanni attended medical school at SUNY Syracuse and completed her training in internal medicine at Virginia Commonwealth University. She is currently the Executive Medical Director of Comprehensive Care of Palliative Medicine for Bon Secours Virginia. Dr. Yanni has published several papers and has been invited to speak at state and national meetings on topics such as pain management, advance care planning, and palliative care. She enjoys writing about her experience with patients and families to support the community’s awareness of palliative care. Dr. Yanni has received several awards, including being named a “Top Doc” by Richmond Magazine for eight consecutive years. Under her leadership, the four Bon Secours Richmond hospitals received The Joint Commission’s Advanced Certification for Palliative Care, and awarded the American Hospital Association’s 2016 Circle of Life Award: Celebrating Innovation in Palliative and End of Life Care. Dr. Yanni is a board member of Honoring Choices Virginia and the Supportive Care Coalition. In her role as medical director, she focuses on advancing the health system’s strategy to support delivering the best possible care to patients and families facing serious illness. 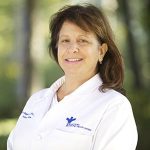 Jo Ann received her Master of Nursing from Wilmington University and her Family Nurse Practitioner certification in 1996. Jo Ann has practiced in palliative care while also working in Hospice in1999, has worked in palliative inpatient consultation since 2004, and has a passion for palliative education. She received her postgraduate palliative care education and practice program certificate from Harvard University in 2006. She moved to Virginia and joined Bon Secours Palliative Medicine in 2011 and has since transitioned to Bon Secours Hospice in February 2017 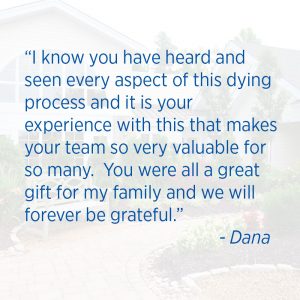